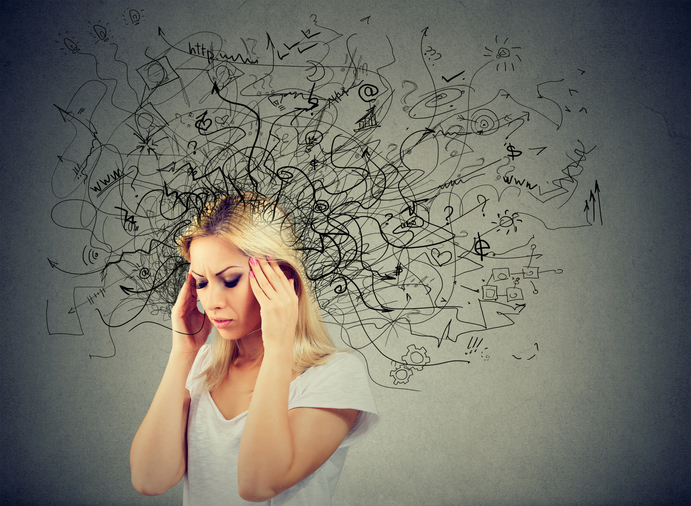 Chronic migraine sufferers know the feeling all too well:

Your head is pounding; you feel sick to your stomach; the light in the room feels like it’s blinding you.

Some who have continuous migraines can tell exactly when they’re coming on, but many people don’t actually know whether they’re getting a migraine or a regular tension headache. We’ll help you understand what makes headaches and migraines different.

First, it’s important that you understand what a migraine is, what causes it, and what the signs and symptoms are.

Though many people don’t realize how common it is, migraine is actually the third most prevalent illness in the world. According to the American Migraine Foundation, 12 percent of the global population suffers from migraines.

Migraine is a neurological disorder characterized by imbalances in brain chemistry. When certain arteries in the brain dilate, blood flow is increased. The change in blood flow causes pain-producing chemicals to be released, along with an increase in natural substances in the brain. Blood vessels that line the brain swell, creating pressure on the nerves, which sends pain signals throughout the body—most commonly felt in the head, jaw, neck, and face.

The abnormalities in the brain that cause migraines are genetically inherited. That’s why roughly 80 to 90 percent of migraine sufferers have a family history of the disorder. There are a variety of things that can trigger a migraine attack, from certain foods and medications to lights, noises, increased stress, and even the weather.

Only a doctor can truly determine whether or not your headache is a migraine; however, there are certain signs and symptoms you can look out for that may indicate whether it’s a migraine or a regular headache.

The Key Differences Between Migraines and Tension Headaches

Many people consider a migraine to be a severe headache—but it’s more involved than that. Though a migraine typically causes severe head pain, the pain is different in quality and intensity than that of a tension headache.

Unlike migraines, tension headaches are not caused by a neurological disorder. Rather, they are often brought on by things such as stress, depression, insomnia, and skipped meals. Though they cause constant head pressure and tightness in the forehead, back of the head, and neck, they lack other symptoms indicative of migraine.

These symptoms can include some (or all) of the following:

Other Types of Migraines and Headaches

There are several other types of migraines that all have different causes and symptoms. Migraines can occur with or without aura. It’s estimated that up to 30 percent of migraine sufferers experience aura, which is a series of sensory and visual changes that can range from seeing black spots and zig zags to numbness on one side of the body and trouble speaking. In addition to migraine with aura and migraine without aura, other types of migraines include:

There are also other types of headaches outside of tension headaches, such as:

Identifying whether you have a migraine or a headache can be challenging — not to mention what type of migraine or headache you’re suffering from. By focusing on your pain and other symptoms, you can narrow it down and make an educated guess. With that said, only a physician can diagnose you with a migraine. If you think you may be suffering from migraines, you should make an appointment to see your doctor, who can properly assess, diagnose, and treat you.

4 surprising factors that contribute to migraines and how TruDenta can help
Could TruDenta help post COVID-19 patients recover from neurological issues?
The TruDenta Patient Path
Why a dentist should be the first person you visit for your headaches
This simple trick may help with Tinnitus
Why Don’t You Have Patient Video Interviews on Your Website?
Categories
Archives
Are You Ready To Start Living Pain Free?
Find A Doctor